The significance of sportsmanship in social media 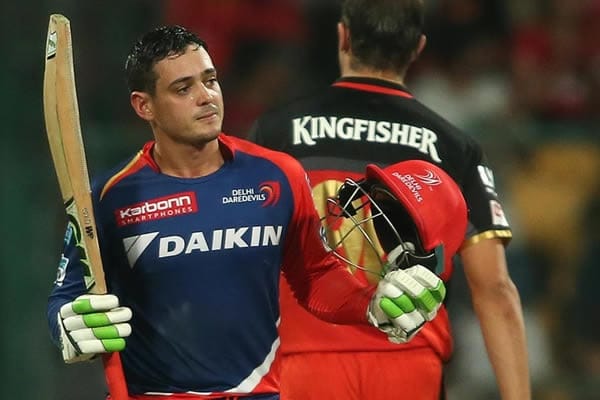 The significance of sportsmanship in social media

‘Sport has the power to change the world’ – Nelson Mandela.

We are destined to live in a decade that has seen a transformational shift in the world of sport and social media.

Better yet, in Africa, we were blessed on numerous occasions with the Rugby, Soccer and Cricket World Cups.

In honour of the Indian Premier league, we take our hats off as a significance of how important this event has been. Playing a key role in uniting not only the sport of cricket, but sportsmanship across the globe. Prepare to imagine the power of sportsmanship and social media, and how it all has helped shape a positive spectre of digitalisation.

We have witnessed a great spell of batting by Quinton de Kock, as he was crowned the man-of-the-match for his 108 spell for the Delhi Dare Devils, 17th April 2016. To be honest, I did not watch the game live, I heard the buzz on social media and one of our colleagues happens to love cricket, and so, she shared a link on Facebook.

De Kock was swinging the bowler’s deliveries all over the park, and it would be understandable when a bowler would be frustrated until his dismissal. Hence, when he was dismissed by Shane Watson for 108 from 51 balls, the opponent’s reaction towards De Kock was priceless. He showed a sign of honour and respect for a great spell of batting. Isn’t that a symbol of sportsmanship?

Many years ago, before social media, the web or the internet, when you missed something that was live, that’s it, you missed it, its game over… Fast forward time, we are lucky enough to live in a world where we are constantly on the search for new and improved technologies.

At Inside Man Media, we practice positive digitalisation through educational content, through a digital media hungry enough to engage with everyone, anywhere. When we post a blog, we are able to understand the message it may create to relate to the hearts and minds of our listeners, because let’s face it, we are down to earth because of gravity, and so, we practice gratitude.

Social media should be the positive message anyone and everywhere is keen to hear.

How are you spreading positive digitalisation? Share your thoughts in the comments section below or send us an email by clicking on this link.